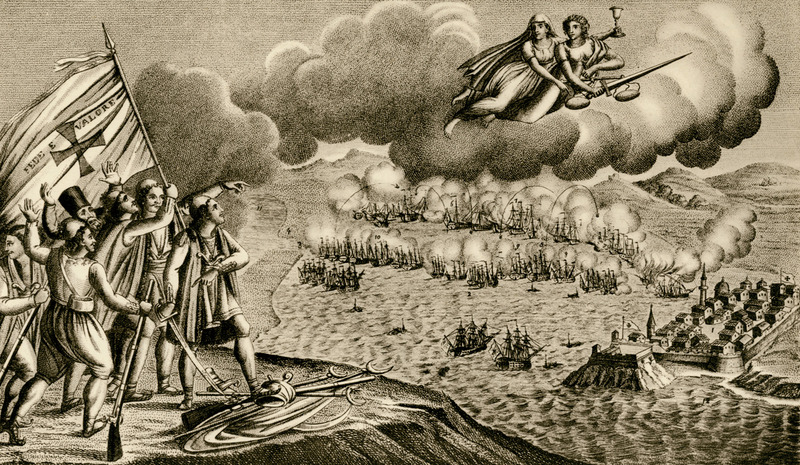 The Aikaterini Laskaridis Foundation is actively participating in the “Bicentennial Initiative 1821-2021”, for the celebration of the 200 years since the outbreak of the Greek Revolution, in collaboration with many important cultural institutions of Greece.

With actions in Greece and abroad, which were officially announced at the presentation of the “Initiative 1821-2021” at the Athens Concert Hall on 31 January 2020, the Aikaterini Laskaridis Foundation participates in a rich program of events for the historic anniversary.

“The Greek Revolution through the Ottoman Archives”

The study of the Greek geographical area from the Ottoman conquest to modern times is one of the most important activities of the Aikaterini Laskaridis Foundation. With emphasis on highlighting primary sources and aiming to restore historical time, we are publishing 700 Ottoman documents from the Ayniyat Registers, which are kept in the Ottoman Archives in Istanbul. Copies of selected orders and reports sent to the Ottoman provinces from June 1821 to January 1828, these documents, translated from Ottoman into English, including detailed indexing and commenting, shed light on aspects of the Greek Revolution unknown to this day. This is a colossal project of international standards, aiming to restore established positions and ideologies.

The edition is expected to be released in March 2021.

The island city of Hydra played a vital role in the uprising of the Greeks rayas against the Ottoman empire. The Aikaterini Laskaridis Foundation prepares the publication of a study on residential development of the city of Hydra from the late 18th to the late 20th century through archival historical evidence. The volume will be released in November 2020.

Greece has been swiftly developing in terms of territorial sovereignty since the outbreak of the Revolution in 1821 and the formal establishment of the state in 1830. This study examines territorial changes in Greece as reflected through the stamps. Territorial changes are tracked through the printing of stamps, following violent or peaceful expansion, success or failure of territorial changes, temporary or permanent,  change, alteration or annulment of the sovereignty of the Greek state by foreign occupation and domination, territorialization of political non-state power, occupation of foreign territory, Greek military presence abroad or friendly foreign military presence in Greece. In all these cases, the stamps and the postmarks follow and express power changes that determine the land and the people. The volume will be released in January 2021.

The Aikaterini Laskaridis Foundation, in collaboration with Lord Thomas Cochrane descendants (Thomas Alexander Cochrane, 10th Earl of Dundonald, 1775-1860) and the National Records of Scotland, has undertaken the project of digitization and publication of the Greek section of his archive, which remained sealed since his death.

Conference at the University of Amsterdam: “The Greek Revolution: A Global Event of Independence”

The Foundation, in collaboration with the Marilena Laskaridis Chair for Modern Greek Studies, is organizing a conference on “The Greek Revolution: A Global Event of Independence”. The event will take place in May 2021 at the University of Amsterdam and may be repeated in October of the same year at the Aikaterini Laskaridis Foundation.

The opening of the exhibition is scheduled for 16 June 2021 and is expected to last 6 months. A number of letters from the Nelson Collection of the Foundation will be published and exhibited for the first time.

The exhibition opening events in Portsmouth will include a conference hosted by the NMRN on the geopolitical situation in the Mediterranean after the Battle of the Nile and its impact on the enslaved Greeks. The three-session event will be attended by distinguished Greek and British historians. Among others will participate Prof. Jelina harlafti, Dr. Katerina Galani, Prof. Gerasimos Pagratis, Prof. Sakis Gkekas, Dr. Angeli Zarokosta, Dr. Andreas Koukos, Dr Sukru Iliçak, Prof. Andrew Lambert, Dr. Dominic Tweddle. Academic organizers are Dr. Katerina Galani and Professor Andrew Lambert.

The ALF-NMRN plans in view of the year 2027 that marks the 200th anniversary of the last naval battle between large sailing fleets at Navarino will be announced at the closing event of the exhibition, in the fall of 2021.

The event is scheduled for November 2021 and will take place at the Aikaterini Laskaridis Foundation. It will build on the proceedings of the conference in Portsmouth, a few months earlier. Academic organizer is Dr Katerina Galani.

1821 #live news: an educational and informative campaign on Twitter

During 2021, “live” news from the 1821 Greek Revolution events will be posted almost daily in Greek and English on Twitter, as if unfolding at the moment.

Every year some 30,000 students visit the Aikaterini Laskaridis Foundation in order to attend educational programs with specialized lecturers from the fields of Science, Literature and the Arts.

As part of the celebration of the historic anniversary, four original educational programs were designed for high school students, on Literature and the Arts. The purpose of these programs is for students -through literary texts, paintings, music and historical sources- to get to know the events, the persons of the Revolution, as well as to approach the idea of ​​the Revolution and its results, not only in modern times but also in the present and in the future.

The Aikaterini Laskaridis Foundation is running educational programs respecting the current conditions in response to the COVID-19 prevention and protection measures. Schools are given the opportunity to follow the programs remotely.

The Aikaterini Laskaridis Foundation supports the integration and dissemination of the online platform “The CENSUS (= Checklist of Useful in the Study of Modern Greek Literature)”. This platform will facilitate access of the English-speaking public to modern Greek letters, providing references to all English translations of modern Greek literature and all critical English-language studies on modern Greek literature from the 12th century to the present. The CENSUS Collection includes references both to works that have been published in full book format and to texts in volumes, such as short literary pieces and articles usually ‘hidden’ within larger collective works. The range of references extends from 1813 to the present.

Support of the Historical and Ethnological Society of Greece

The Foundation supports the Historical and Ethnological Society of Greece to cover part of the cost of implementing eight (8) of the regional exhibitions organized by the National Historical Museum for the 200 years since the beginning of the Greek Revolution. These exhibitions will be hosted by the following regional museums:

The Aikaterini Laskaridis Foundation supports the National Research Foundation / Institute for Historical Research (EIE / IIE) to complete the 6-volume edition of the “1821 Historical Library” series. Specifically, these are:

Events in Belgrade, Odessa and Bucharest in collaboration with the Hellenic Foundation for Culture

The Aikaterini Laskaridis Foundation, in collaboration with the Hellenic Foundation for Culture, supports and participates with expert scientists in limited activities at the local organizations of the Hellenic Cultural Foundation in Belgrade, Odessa and Bucharest, which include speeches related to the Revolution and its era. Indicatively, a speech will be delivered in Belgrade by Dr. Sukru Iliçak, a two-speaker panel will be organized in Odessa regarding “Filiki Etairia”. A similar event will take place in Bucharest, expanding on the relations between native and non-native populations during the first post-revolutionary years. Details of the events will be announced in January 2021. 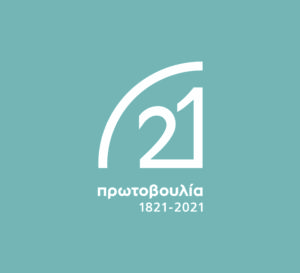