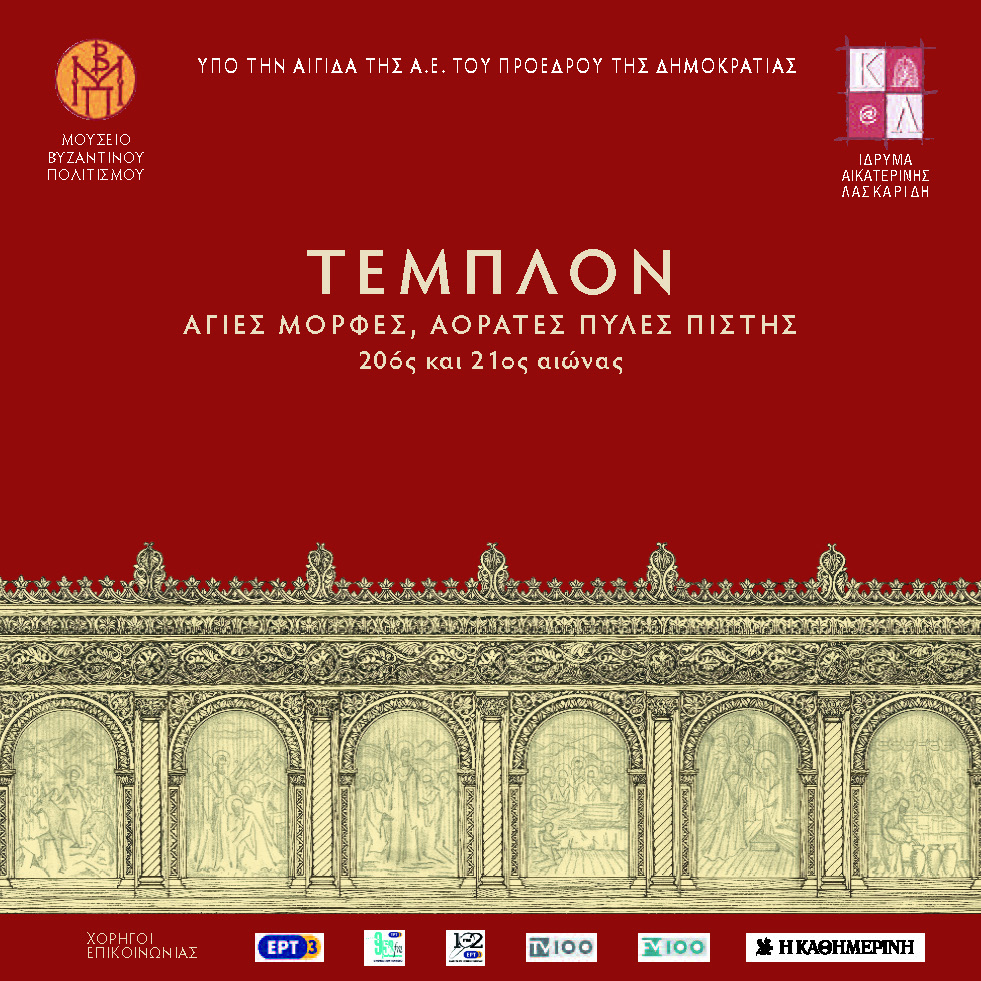 The Aikaterini Laskaridis Foundation, the Museum of Byzantine Culture of Thessaloniki and MVN Consultants proudly present the exhibition “Templon. Holy figures, invisible gates of faith, 20th and 21st century“, which is hosted from 27 October 2017 to 24 March 2018 as a temporary exhibition at the Museum of Byzantine Culture. His Excellency The President of the Hellenic Republic Mr Prokopios Pavlopoulos inaugurated the exhibition on Friday 27 October.

The templon, natural boundary in the church between the human world (naos) and the heavenly world (holy bema), is the symbolic meeting point between the imagined and the felt, the beyond and the ephemeral. Specifically, the ecclesiastical templa (iconostases) are the most characteristic and imposing architectural and decorative ensembles in the interior of Neohellenic churches. The Exhibition attempts a reading of the templon as a composite venerative, artistic and cultural representation, by tracing its development through specific examples from the 19th century to the present.

Ninety-seven exhibits, most of which are presented to the public for the first time, creations of great artists such as F. Kontoglou, N. Engonopoulos, Sp. Vasileiou, K. Parthenis, G. Gliatas, R. Kopsidis compose a panorama of Modern Greek religious painting. In fertile dialogue with the mentors exhibited is the work of the contemporary creators M. Kampanis, G. Kordis, K. Papatriantafyllopoulos,  P. Samios, Father S. Skliris and S. Faitakis, not exclusively of liturgical significance, but personal in character and on purely painterly terms. On display too are drawings by N. Andravidiotis, G. Nomikos and E. Stikas for woodcarved iconostases, which were carved by the craftsmen Th. Nomikos and members of the Andravidiotis family.

The exhibits come from the second section of the famous Velimezis Collection, the personal collections of Christos Ph. Margaritis and Alexander Ger. Makris, many other private collections and archives, museums, churches and monasteries.

The Exhibition is held under the Auspices of His Excellency The President of the Hellenic Republic Mister Prokopios Pavlopoulos.

The Exhibition is mounted with the support of the Aikaterini Laskaridis Foundation and with the contribution of MVN Consultants and personnel of the Museum of Byzantine Culture, in its design and organization.

During the Exhibition, special guided tours will be organized for visitors, as well as a parallel events.

For the rest, the programme is to be announced. 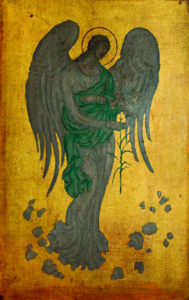 Constantinos Parthenis. The Angel of the Annunciation, 1920-1923, oil on canvas 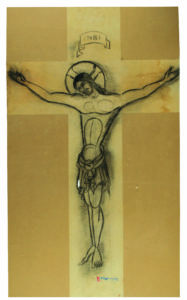 Nikos Engonopoulos. Christ on the Cross, 1952, charcoal and pencil on paper 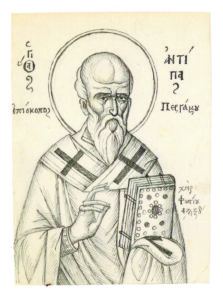