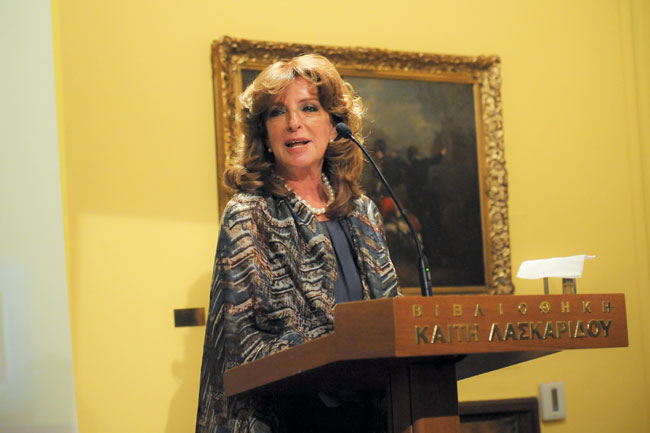 The celebration for the twenty years of the library of the Aikaterini Laskaridou Foundation was held on Wednesday, December 18, 2013 with great success . The impressive, welcoming neoclassical mansion on 2nd Merarchias Street was overcrowded, as associates and friends of the Foundation, professors, researchers, and students honoured the event with their presence.

In a festive and emotionally charged environment, the educational and cultural work of the Library was remembered, noting its most important milestones in its course since 1993.

Distinguished associates accompanied the celebration with their speeches: Conductor and composer Dimitris Agrafiotis; narrator Evi Gerokosta; librarian Panagiota Dedetzi; member of the Academy of Athens and poet Kiki Dimoula; literary critic Alexis Ziras; actor Konstantinos Konstantopoulos; professor at the University of Athens and director of the European Cultural Centre of Delphi Thanos Markopoulos; the Dean of the Faculty of Philosophy of the University of Athens Amalia Moser; professor at the University of Cambridge, member of the Academy of Athens and president of the Foundation’s Scientific Advisory Committee Athanassios Fokas and the educator Dikaios Hatziplis. The Foundation’s President, Panos Laskaridis, and its Vice-President, Marilena Laskaridou, also spoke about the Library and its manifold activities. The event was hailed by the mayor of Piraeus, Vassilis Michaloliakos, and was moderated by Kali Kyparissi. 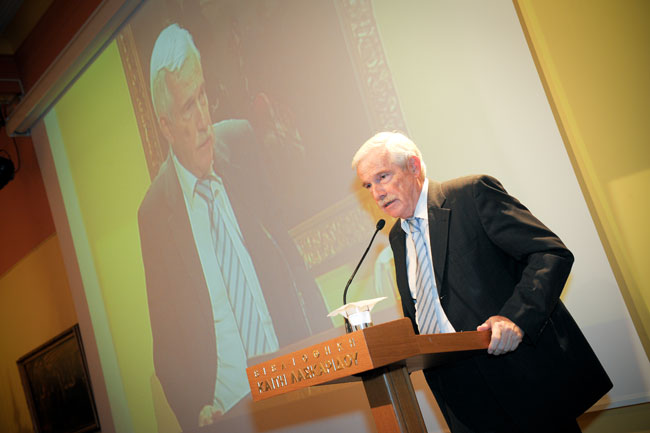 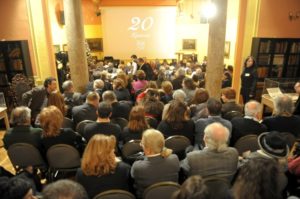 Watch the video of the event here.