“Nelson and his Times”: New exhibition in Rhodos 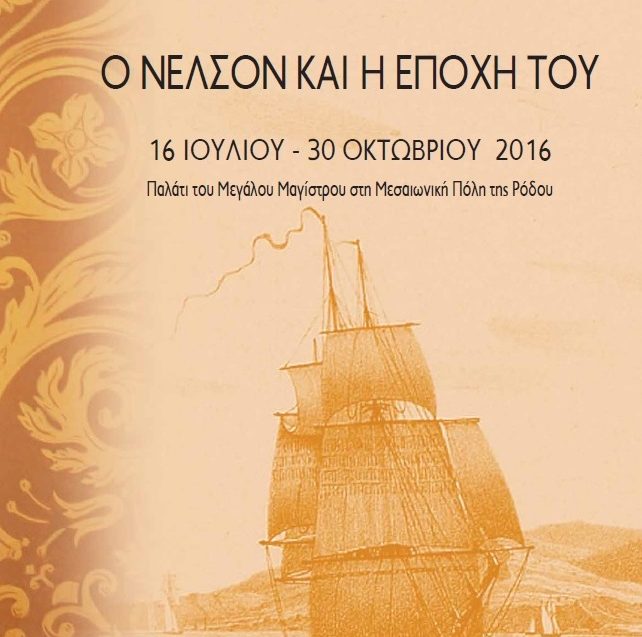 The Aikaterini Laskaridis Foundation presents the temporary exhibition “Nelson and his Times” at the imposing Palace of the Grand Master of the Knights Hospitaliers, at the Medieval City of Rhodes. The event is hosted in four consequtive rooms which open their doors to the public for the first time. The decorated with colourful murals and period style furniture rooms combined with music are creating an extraordinary atmosphere which helps the visitor really “travel in Nelson’s times”.

The exhibition “Nelson and his times” is articulated in three parts. In the first part, life aboard a sailing ship of the late 18th-early 19th century is reconstructed through artifacts such as navigation instruments and medical tools. It was the time when ships sailed the seas for months, embarking upon long, dangerous trips and enduring all sorts of adversities. Everything depended on the wind, the Captain, the discipline of the crew and Fate.

Bone ship models built by the French prisoners of war who were captured during the Napoleonic Wars and transferred to England are presented in the second part. These ships, real masterpieces from the hands of craftsmen trained in ivory carving who served as soldiers of Napoleon, introduce the visitors to the turbulent era of the wars that broke out in Europe in the aftermath of the French Revolution, when Lord Nelson became a leading figure in world history.

The life and achievements of Admiral Lord Nelson (1758-1805) is presented in the third section through personal objects, letters and newspapers of the time. His family life, marked by the untimely loss of his mother, contrasts with the scandalous love affair with Lady Emma Hamilton, the wife of the English envoy in Naples, Sir William Hamilton. The English society seemed to forgive him only because of his military genius. Starting his career in the British Royal Navy at the age of 12 years, Nelson climbed all the ranks on his own merit and played a leading role in three major naval victories for England: in the Battle of Saint Vincent, the Battle of the Nile and the Battle of Copenhagen. Finally, he was killed in action at the moment of his triumph at the Battle of Trafalgar. England honored him with grand funeral, recognizing the great loss. His victories established Britain’s naval supremacy in the 19th century.

The exhibition is organized in collaboration with the Greek Mimistry of Culture and Sports and the Ephorate of Antiquities of Dodecanese.