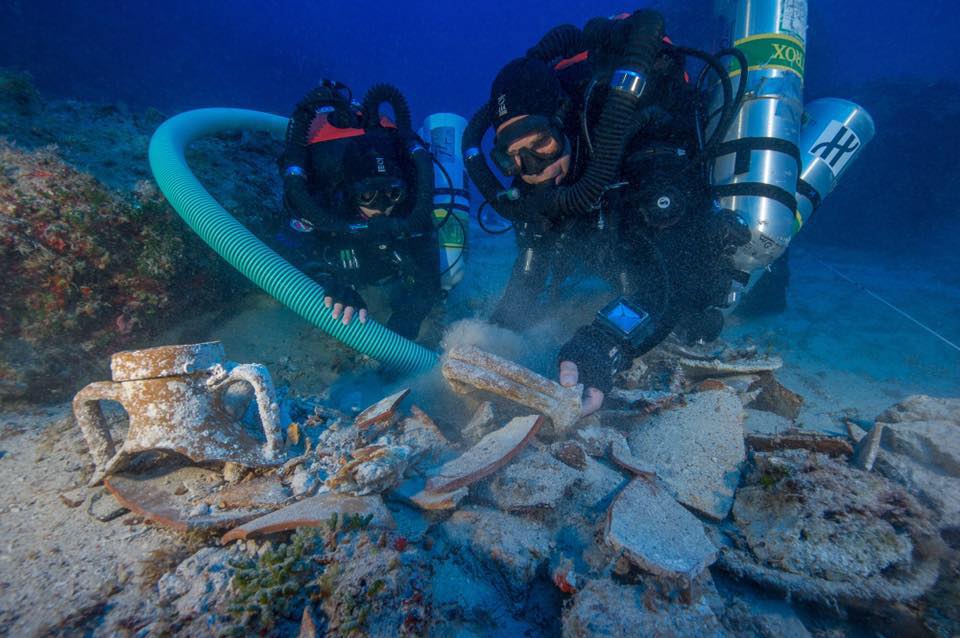 On September 14th, the second 2016 campaign of the international scientific team of the Ephorate of Underwater Antiquities and the Woods Hole Oceanographic Institution on the site of the famous Antikythera shipwreck came to an end. The research, which is supported by the Aikaterini Laskaridis Foundation, had once more extremely interesting results: skeletal remains of a ship passenger (skull, jaw, long and smaller bones) were found on the site. The fact that the bones are in fairly good condition, despite them staying for almost 2000 years on the bottom of the sea, gives real hope to scientists that it will be possible to analyze DNA samples and thus extracting more information on the victim and its way of living. Human remains have been also found in previous excavations at the wreck site, in 1900-1901 and 1976, among which some were identified as the bones of a female. This time though the findings were excavated and collected in the most appropriate way and of course, now the DNA analysis is a well-known process. The discovery of so many people who perished with the ship is leading more certainly to the conclusion that the ship sank quite quickly and violently, although it was probably a large grain carrier, which was sailing filled with works of art and with the Antikythera Mechanism among them.

During the research, scientists found and retrieved a number of small objects and pottery. As an important finding is considered a leaden “katapeiratiria”, a plummet weighing 50 kg. It was an instrument used during the anchoring process of the vessel, when the sailors tossed it to the sea, the base of which was hollow and covered with iron or bronze spikes and then they could count the depth of the sea and control the nature of the seabed as the base nails trapped sediments and stones from the bottom of the sea. The earlier plummets are dated at least around the 6th century BC. At this wreck was found another plummet, during the 1900-1901 excavation campaigns.

The findings are transferred and put for conservation in the new, modern laboratories of the Ephorate of Underwater Antiquities, which are now completed with the support of the Aikaterini Laskaridis Foundation.

During the underwater research, the team is creating accurate 3D models of each finding of the excavation and delivers them to the scientific community and the public. You can see some of them here.

The project, as every year, is supervised by the Head of the Ephorate of Underwater Antiquities, Dr. A. Simossi. The scientific leaders of the excavation, Dr. Th. Theodoulos and Dr. D. Kourkoumelis (EUA) and Dr. B. Foley (WHOI), are working with an excellent team of Greek and foreign archaeologists, divers, technical divers, photographers and filmmakers. Supporters of the effort is Hublot, Jane and James Orr, Autodesk, OTE-COSMOTE Group, Costa Navarino Resort and the Foundation Kythera and Domestic Property Committee of Kythera and Antikythera. The research is under the aegis of the Presidency of the Republic. 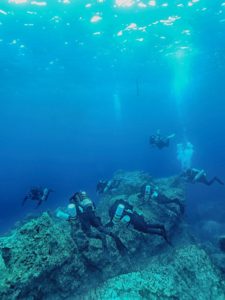