TravelTrails: Travels and Explorations in the Eastern Mediterranean, 1500-1830 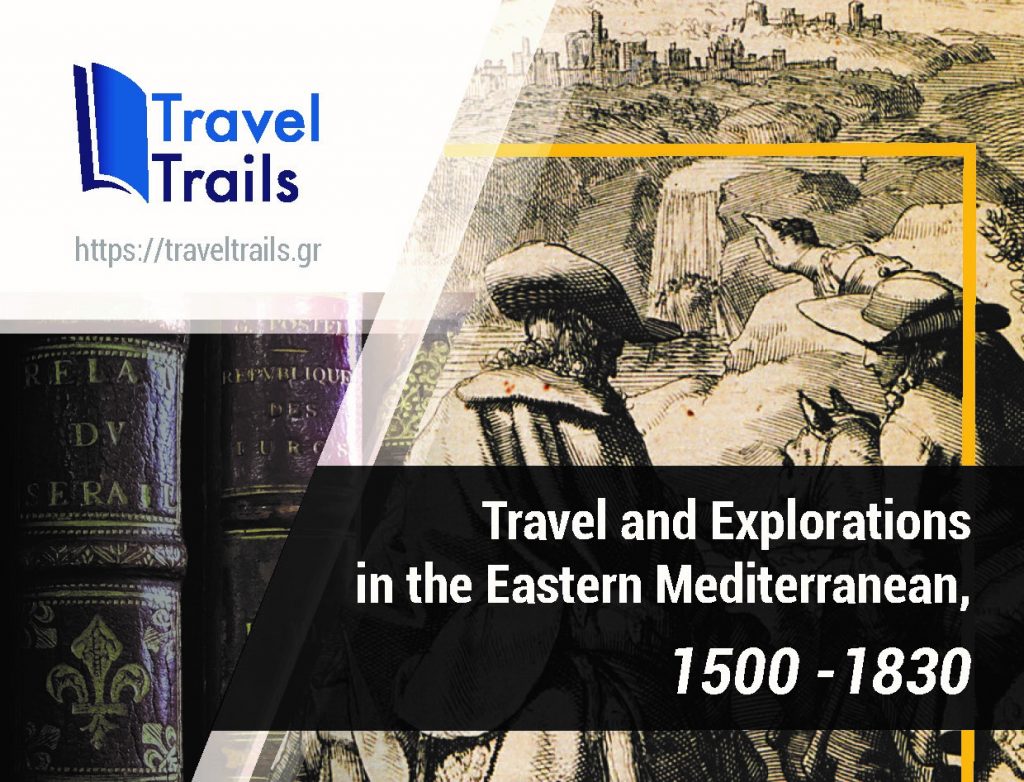 The Aikaterini Laskaridis Foundation and the Gennadius Library of the American School of Classical Studies in Athens present TravelTrails: Travels and Explorations in the Eastern Mediterranean, 1500-1830 (traveltrails.gr).

TravelTrails is an innovative website which systematically documents texts of European travelers who have been traveling around or had participated in missions in areas of the Ottoman Empire and areas of Greek territory under Venetian domination.

The innovative element of the TravelTrails website is that the richness of the travelers’ accounts is presented to the general public organized into thematic sections, geographic criteria and related tags. The user is offered the possibility to conduct general or specialized searches, combining one or more search criteria, approaching and identifying places, monuments, faces, groups, professions, customs and other subjects.

The TravelTrails website includes 471 accounts in their original language and 11,000 entries, which will be presented to the public progressively. Today, the first phase of the project has been completed, and the data pertaining to the 16th century is being delivered for use.

TravelTrails aim to facilitate research on a wide range of issues in the Eastern Mediterranean Basin and to become a repository of information for a period not so well known to the general public.