UP IN THE ARCTIC: Mission to the Arctic Ocean 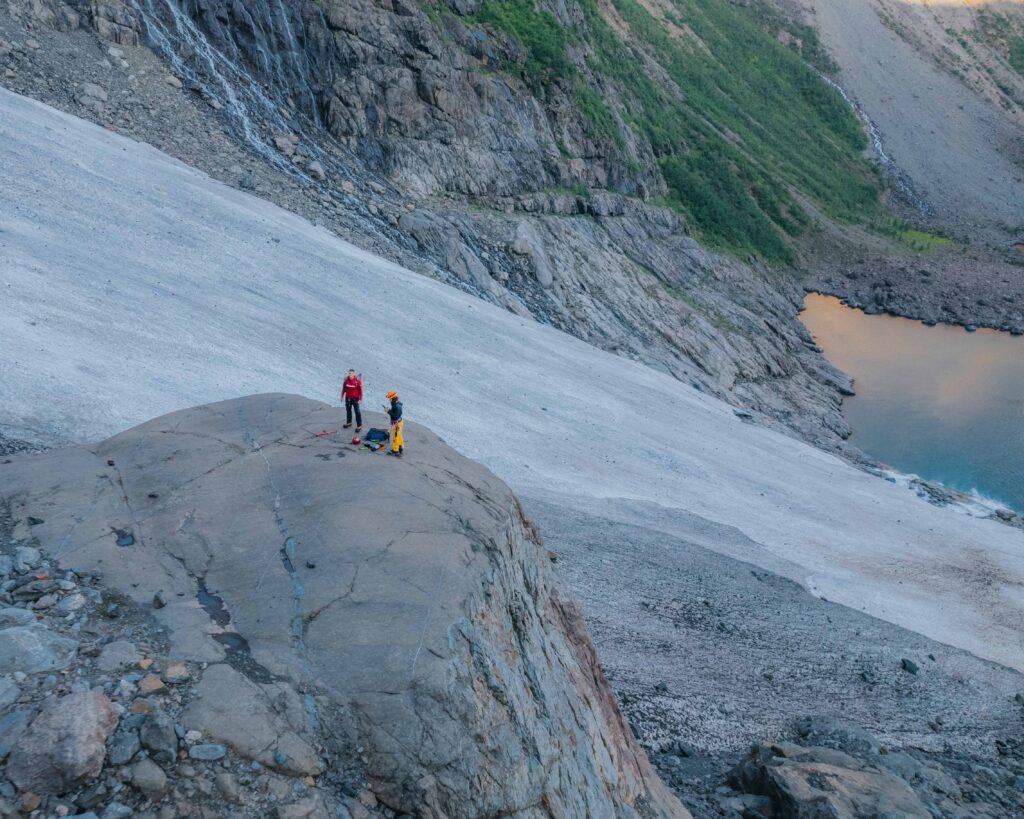 The mission to the Arctic Circle, led by the long-distance athlete Marios Giannakou and supported by the Aikaterini Laskaridis Foundation and BlueCycle, has come to an end but there is still much to be done. After spending almost one month in northern Norway and Svalbard, documenting the effects of climate change in the Arctic, the team has returned to Greece.

The team sailed 930 nautical miles (1,722 km), covering the fjords of northwestern Norway, reaching the Northern Cape, the northernmost point of Europe, and much of the coast of Spitzberg, sailing in the Svalbard Archipelago. Along the way, the team managed to capture impressive images of natural beauty as well as marine and terrestrial fauna in its natural environment.

Climate change and its effects, visible or invisible in our daily lives, are being studied by many researchers who have chosen the Arctic as a place of observation. After all, the evidence for the faster rise in temperature in the region compared to the rest of the planet, is clear. The team members took the opportunity to discuss with some of the scientists who have been studying the impact of these changes for years such as Dr. Mario Acquarone, who -among others- is the Deputy Secretary of the Arctic Monitoring and Assessment Programme, as well as with researchers in Ny-Alesund, the northernmost settlement in the world, where international scientific observation stations are located. The mission also addressed issues related to fishing activity and the protection of the marine environment in this sensitive area. At the same time, they gathered testimonies from professionals and residents of Northern Norway – among them Sami people- whose activities are increasingly affected by the seemingly imperceptible changes in the local environmental conditions.

During these turbulent times, when the whole planet is shaken by unprecedented natural disasters, the Aikaterini Laskaridis Foundation continues its multidimensional educational work, aiming to raise awareness about environmental issues. At the same time, through the BlueCycle circular economy initiative, which collects and recycles marine plastic waste generated from shipping and fishing activities, the Foundation offers viable solutions to tackle marine pollution and curb the effects of climate change.

The effort was supported by the Greek office of the European Parliament.