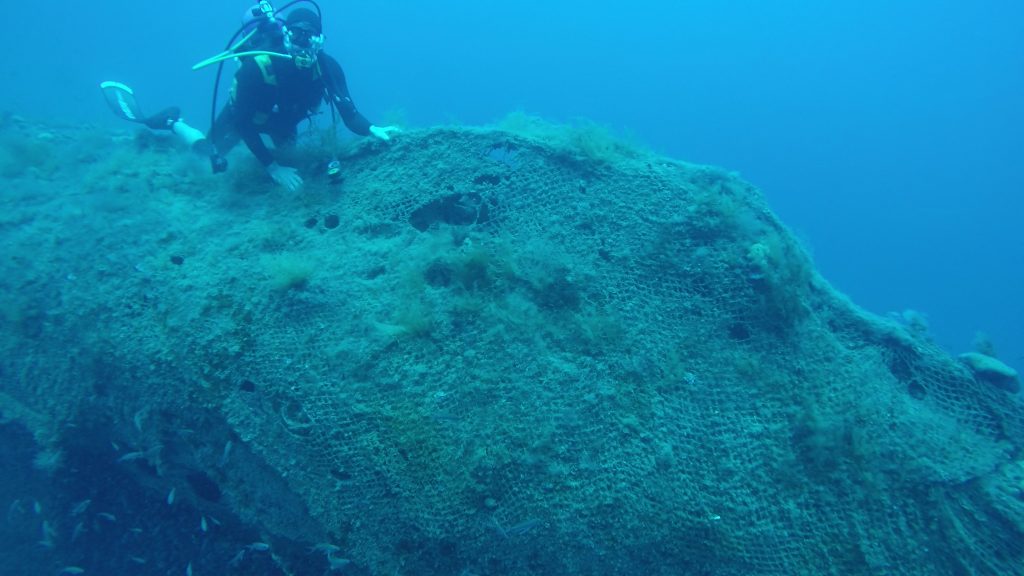 The Aikaterini Laskaridis Foundation, through the programme BlueCycle for the recycling of fishing and shipping gear, which operates under the Foundation’s auspices, organized a ghost nets fishing mission at the lengedary submarine HMS PERSEUS, in cooperation with the organization Aegean Rebreath.

The mission took place at 8 and 9 June 2019 and coincided with the celebration of the World Ocean Day. This expedition delivered a large amount of “ghost nets”, as the abandoned nets are called, which are the greatest threat to marine fauna.

A few words about the submarine “PERSEUS”

The legendary HMS PERSEUS submarine sunk off Cephalonia on December 6, 1941, due to a mound strike after a series of successful missions in World War II. The submarine PERSEUS remained in history for the successful escape of John Capes from the sunken in 52 meter deep ship. John Capes was the only survivor of the 61 men on board.

The Aikaterini Laskaridis Foundation, well-known for its activity in the field of naval history and research, has published the book by Kostas Thoktaridis and Aris Bilalis, “Shipwrecks in the Greek Sea: Dive Into Their History” *, which includes an extensive presentation of the the submarine’s history.

* The publication is available from the Aikaterini Laskaridis Foundation.