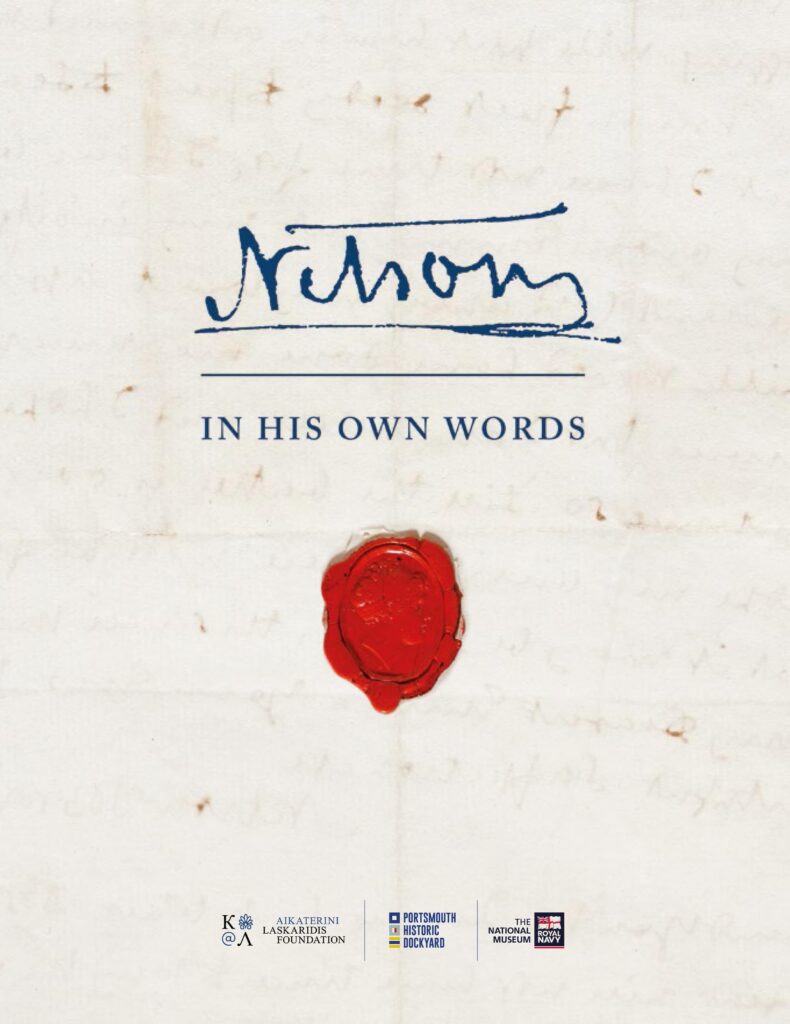 The Aikaterini Laskaridis Foundation and the National Museum of the Royal Navy at Portsmouth (NMRN) present the temporary exhibition ‘Nelson in his own words’.

Admiral Horatio Nelson, national hero of Great Britain, is admired to this day as an example of exceptional leadership and as a brilliant commander in war at sea. His historic victories in the Napoleonic Wars, culminating in the triumph of the British fleet at the Battle of Trafalgar (21 October 1805) – where he met his death – changed the course of history.

The exhibition ‘Nelson in his own words’ presents part of the rich collection of the NMRN together with important documents – mainly letters – from the Nelson Collection of the Aikaterini Laskaridis Foundation, which is the largest collection related to the English Admiral outside the UK. Through these letters, most of which are displayed for the first time, every aspect of his life unfolds: from his naval victories to his tumultuous relationship with Emma Hamilton, Admiral Nelson “reveals himself” to the visitors, allowing the admiration of a great personality.

The opening event took place on October 12 and was attended by important persons from the United Kingdom and Greece, including the Ambassador of Greece to the United Kingdom Mr. Ioannis Raptakis, the Director of the Military Office of the Presidency of the Republic Vice-Admiral Euthymios Mikros, Greek and British honorary heads of the Hellenic National Defence General Staff, the Hellenic Army General Staff, the Hellenic Navy General Staff, the honorary Secretary General of the IMO Mr. Efthimios Mitropoulos and the President of the Foundation Mr. Panos Laskaridis, the Greek Defense Attaché in London and officers of the Hellenic Navy serving in UK. During the event, Mr. Laskaridis donated to NMRN “The London Gazette, dated July 29 to August 1, 1797” from the Nelson Collection of the Foundation, which Prof. Dominic Tweddle, General Director of the Museum received with great joy and emotion.

On the occasion of the exhibition, the NMRN created a special website, which includes an interactive application, dedicated to the Admiral’s letters.

The exhibition catalog is also available online and can be downloaded here.

The ‘Nelson in his own words’ exhibition will run until Easter 2023. 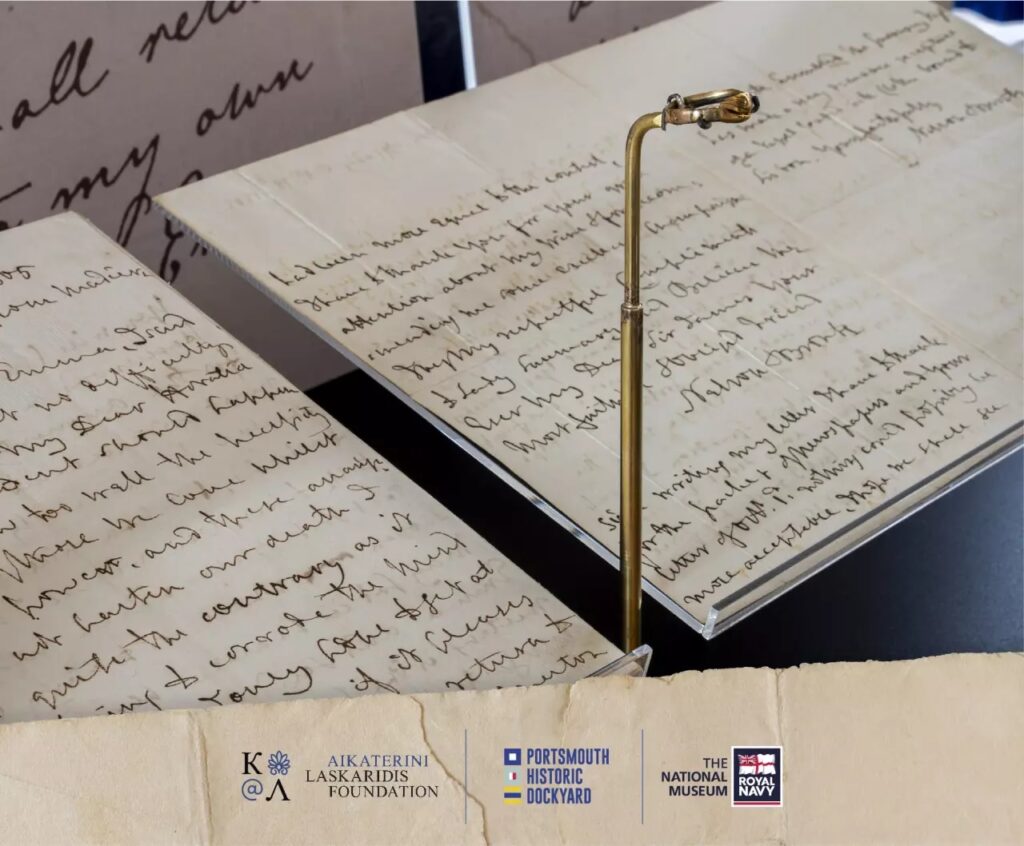