EXHIBITION “The Greek editions of Aldus Manutius and his Greek collaborators (c. 1494-1515)” 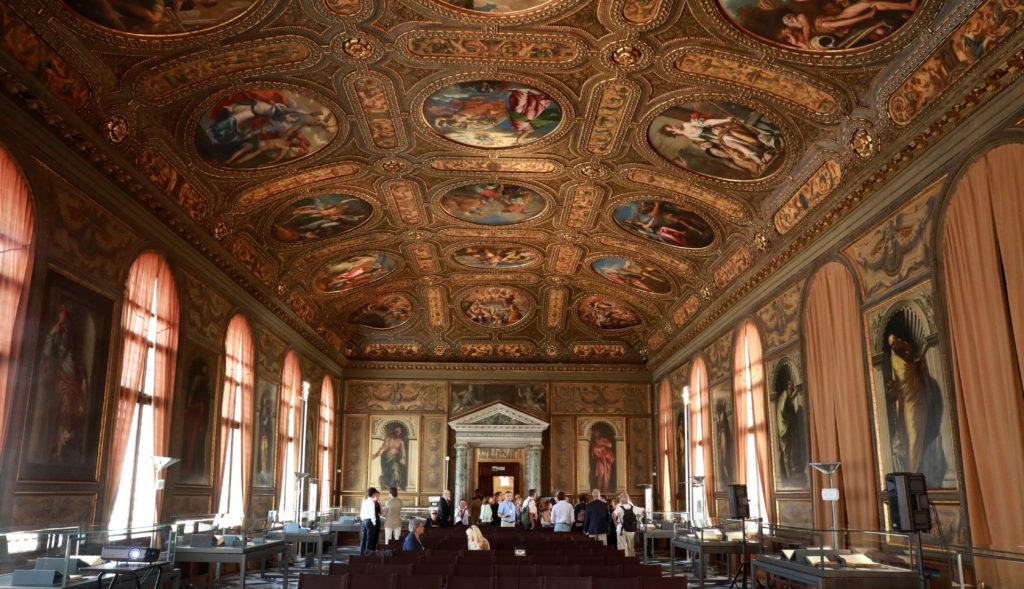 On Saturday, September 17th 2016, the Aikaterini Laskaridis Foundation launched the exhibition “The Greek editions of Aldus Manutius and his Greek collaborators (c. 1494-1515)” at the Biblioteca Marciana in Venice.

The opening event, hosted in the historic Sala Sansovino, was launched by the Director of the Biblioteca Marciana, Dr. Maurizio Messina, the Greek Minister of Education, Mr. Nikos Filis and the President of the “Aikaterini Laskaridis Foundation”, Mr. Panos Laskaridis. The event was also attended by the Greek Deputy Minister of Culture and Sports, Mr. Stavros Kontonis.

Scientific contributions were presented by Dr. Niccolò Zorzi, Byzantinist at the University of Padua, Dr. Athena Georgantas, Professor of  Modern Literature at the University of Padua, the curator of the exhibition, Mr. Konstantinos Staikos, architect and book historian, and Dr. Elisabetta Sciarra, a representative of the Biblioteca Marciana, who spoke about the life of Aldus, his publications and their importance to the dissemination of classical and especially of Greek literature in Italy of the Renaissance.

The event was attended by members of the political leadership, the academic community, people of arts and letters, representatives of the Italian intelligentsia, diplomats, friends and partners of the Foundation.

The exhibition, curated by Konstantinos Sp. Staikos, presents the Greek editions which were printed by Aldus Manutius during his lifetime. The books come mainly from the rich collection of Aldine Greek editions of the Aikaterini Laskaridis Foundation’s Historical Library, and the exhibition is complemented with editions from the Biblioteca Marciana and the Library of the Public Benefit Foundation Alexander S. Onassis. The catalogue of the exhibition is written by Konstantinos Staikos, with an introduction by Stefanos Kaklamanis, released in Italian, Greek and English. 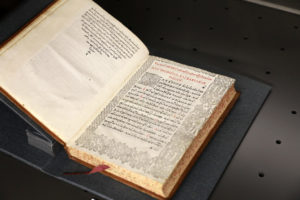 © The “Psalterion”, one of the most beautiful Greek incunabula (c. 1497). It was printed by Aldus Manutius and edited by his Greek colleague Justin Dekadius. 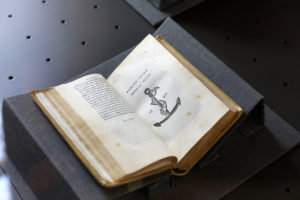 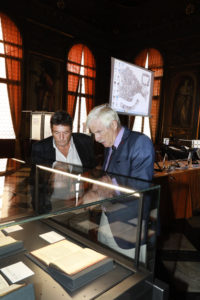 © The curator of the exhibition, Mr. Konstantinos Staikos, with the President of the Aikaterini Laskaridis Foundation, Mr. Panos Laskaridis 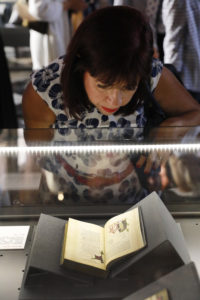 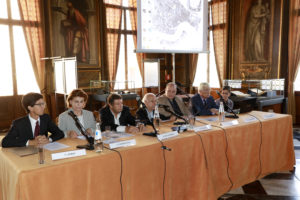 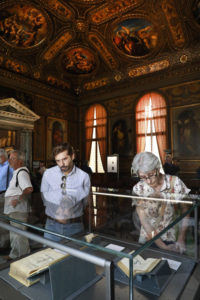 Info: The exhibition will be open until 24 October 2016