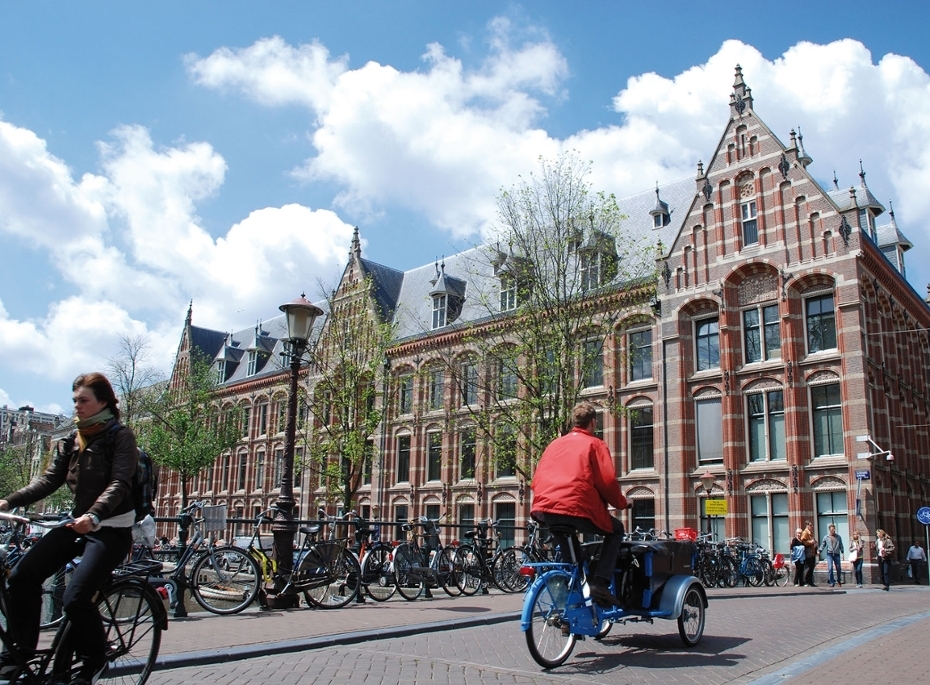 The three researchers selected to receive the fellowships sponsored by the Aikaterini Laskaridis Foundation were announced by the University of Amsterdam in the framework of the Marilena Laskaridis Chair of Modern Greek Studies. The fellows will be hosted by the University of Amsterdam and they will work on their research projects in the field of Modern Greek Studies as Visiting Research Fellows for the second semester of the academic year 2020-2021. The fellows were singled out for their research projects proposals and were selected by the University, according to the criteria set out in the call, among candidates of high standard, early- and mid-career scholars whose research engages with Modern Greek language, culture and/or history.

A short presentation of the selected projects and the Fellows’ short CVs follow.

The Aikaterini Laskaridis Foundations warmly congratulates the Fellows and wishes success in their work!

1. Dr Nikolas P. Kakkoufa: “Word is the flesh”’: The Homosexual Body in the Work of Walt Whitman, Oscar Wilde, and C.P. Cavafy

This project seeks to develop a transatlantic and interdisciplinary model for studying the way the queer body is constructed in the work of three major writers: Walt Whitman (1819-1892), Oscar Wilde (1854-1900), and C.P. Cavafy (1863-1933). Through a comparative reading of works by these three authors, the project traces not only what seem to be continuities within the history of queer writing but also ruptures, as they materialize in these writers’ work. It also examines whether the shift in discourse from sexuality as act to sexuality as identity limits the ways in which the homosexual body itself is allowed to perform in their writings. An analysis of the work of these three writers against a Greek background reveals how the complexity of Cavafy’s example might function as a model for understanding cultural explorations of the queer body not only in modern Greece but also in authors from neighboring geographical areas that Cavafy has influenced with his work.

Nikolas P. Kakkoufa (PhD, King’s College London 2015) is a Lecturer in Modern Greek at the Department of Classics, the Director of Undergraduate Studies for the Program in Hellenic Studies, and an Affiliate Faculty at the Institute for Research on Women, Gender, and Sexuality at Columbia University, New York. His courses range from beginners to advanced classes in language and culture and seminars on literature and sexuality. His ongoing research projects focus on queer theory, on the image of the city in literature, and on the use of literature and translation pedagogy in second language acquisition. He has given presentations and has published papers on language pedagogy and on the work of Vitsenzo Kornaros, Walt Whitman, Oscar Wilde, Kostis Palamas, C.P. Cavafy, Kostas Karyotakis, Nikolas Calas, Lefteris Poulios, Michalis Ganas, and others. He is currently writing a book tentatively titled ‘Word is the flesh’: The Body in the Work of Walt Whitman, Oscar Wilde, and C. P. Cavafy.

This book project investigates the American role in the formulation of Modern Greek cultural and political identities. To this effect, Digging for Democracy focuses on the field of archaeology as a privileged place in the history of the Greek nation-state and Western civilization at large and central nod in a complex network of trans-national institutional and intellectual relations. The book argues that American policies of economic liberalism and capitalist democracy invested symbolically in Hellenism – this complex relationship between Western modernity and Greek antiquity – radically transforming it in the process. Once employed as a critique of the effects of modern civilization – primarily informed by German visions of self-improvement, disinterested Wissenschaft and cultural reform – Hellenism became an expression of instrumental rationality, cultural commodification, and liberal capitalist democracy. The book aims to deepen our knowledge on the relationship between the two polities, Greece and the United States, placing emphasis on intellectuals and cultural experts, socio-political elites, the role of philanthropic, not-for-profit organizations, and various cultural and educational programs. A sociology of archaeology and an archaeology of the Greek state, the study follows in the tradition of historical sociology, conducting large-scale comparative historical analysis over a long-time span while trying to identify important moments of historical change that affect social structures. To this day, the project maintains, “the cradle of democracy” conditions our cultural dispositions and political imagination. The inability to perceive alternative modes of political and social organization is intrinsically connected with identities which are far from immanent or as primordial as they appear.

Despina Lalaki is a sociologist who works in the areas of historical and cultural sociology, social theory, American and Modern Greek Studies. She is particularly interested in long-term social and cultural changes, changing modes of consciousness, the ideological and cultural foundations of the state and the role of intellectuals. Previously she held the M. Alison Frantz Fellowship at the American School of Classical Studies at Athens. She has held teaching and research positions at the City University of New York-CUNY, New York University-NYU, the New School University and McGill University. At the New School University she completed her Ph.D. in Sociology while she has also studied History of Art and Architecture at SUNY-Binghamton University (M.A.) and Archaeology and Art History at the National and Kapodistrian University of Athens, Greece (B.A.). Her publications include several articles in collective volumes and peer-reviewed journals while she often writes for non-academic audiences.

3. Dr Emilia Salvanou: Social movements and memory: the case of the Greek Sixties

How does memory fuel social movements and how does it contribute to the shaping of visions of the future? The question lately occupies the attention of scholars, who have expanded their interest from the issue of memory of social movements to that of memory in social movements. My research project will explore the interrelation between memory and social movements in the case of the Greek Sixties, focusing on the early period that preceded the dictatorship of 1967. More specifically, it will explore how the contentious politics of the period were based on the strands of cultural and memory activism. Moreover, it will explore the interrelation between the national and transnational aspects of the movement and trace how the intersection of the national and the transnational, of the political and the cultural, of the past and the envisaged future, contributed to the gradual overcoming of the post-civil war truth regime and the emergence of a new historical culture that was in accordance with a more inclusive and democratic society. Although in the case of Greece memory had a special gravity in the post-war condition because of the Civil War that followed the end of the Occupation, memory regimes were renegotiated more or less across the social movements of the Sixties, both as part of closing open deals with “their own” national past, and as part of the shaping of a new global mental map that would be in accordance with the revolutionary future that the movements’ aspired in a transnational scale. In this sense, the research on Greece falls into the intersection of various research fields, such as memory and historical culture studies, social movements’ studies, the study of the global sixties, and that of the New Cold War History.

Emilia Salvanou is a historian of modern and contemporary history. She studied History at the University of Athens (1993), obtained her PhD from the University of Aegean (2006), and completed her post-doctoral thesis at the University of Athens (2012). She has participated in various research projects with national and European funding and has lectured on Greek History (University of Thessaloniki), European History, and Public History (Hellenic Open University). Her latest affiliation was to Utrecht University, as a post-doc fellow in the research program “Remembering Activism: The cultural memory of protest in Europe.” She is the author of two monographs: The shaping of refugee memory. The past as history and as practice (in Greek, Athens: Nefili 2018) and How we learn about the past: History education, public history, and historical culture (in Greek, Athens: Asini 2020, forthcoming), and has published extensively in journals and edited volumes on topics of contemporary history, migration and refugeehood, memory, public history, and historical culture.

The University of Amsterdam is the largest academic institution in the Netherlads and is historicaly linked with Greek intellect. Several letters of Adamantios Korais, a leading figure of Greek Enlightenment, are kept in the University’s library. Moreover the Department of Byzantine and Modern Greek Studies has been producing for decades work of great scientific value. The Marilena Laskaridis Chair of Modern Greek Studies at the University of Amsterdam is one of the few of its kind in Western Europe.