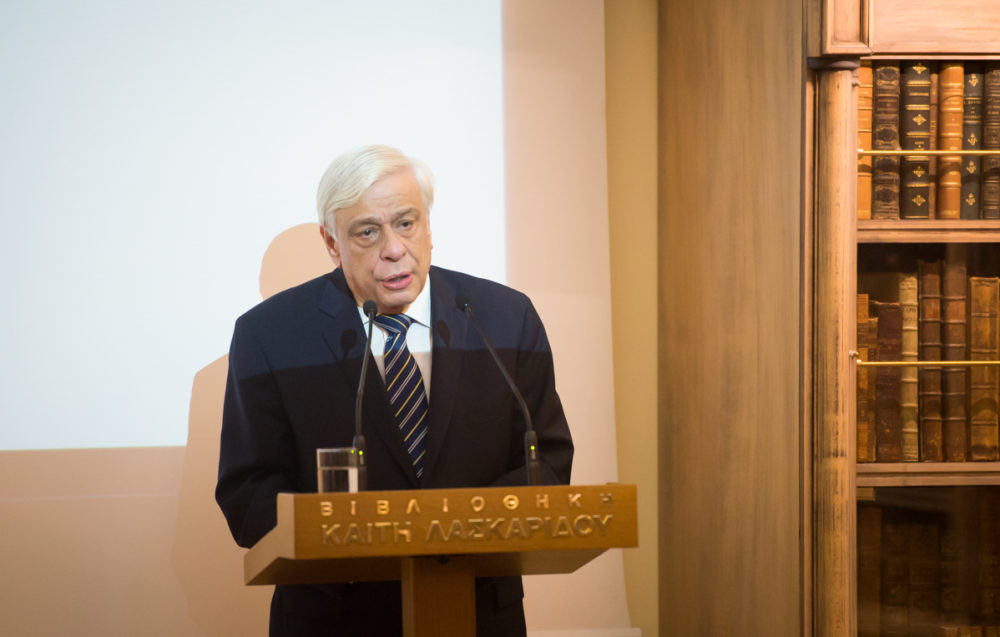 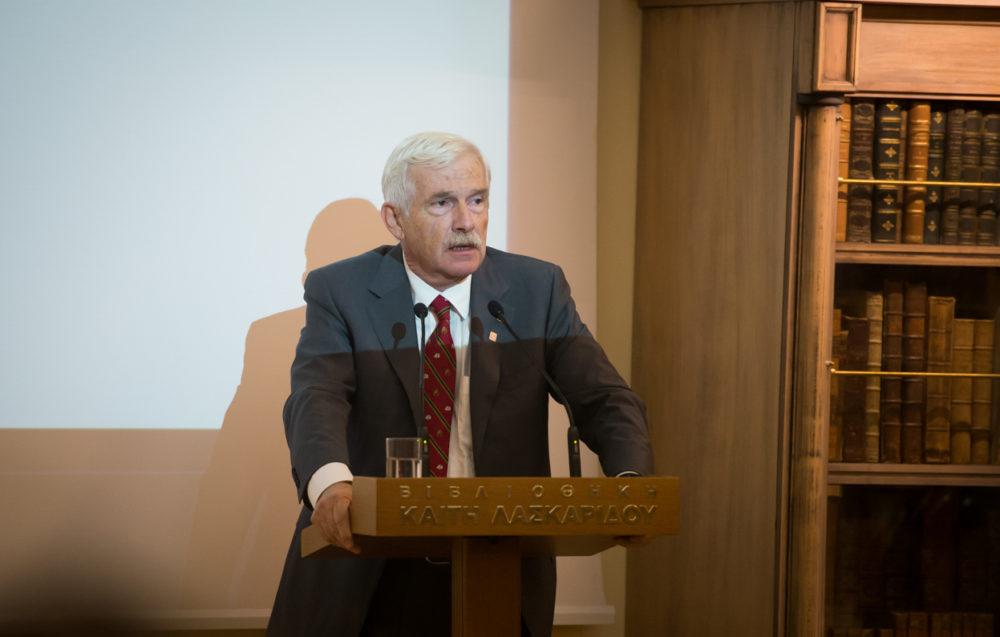 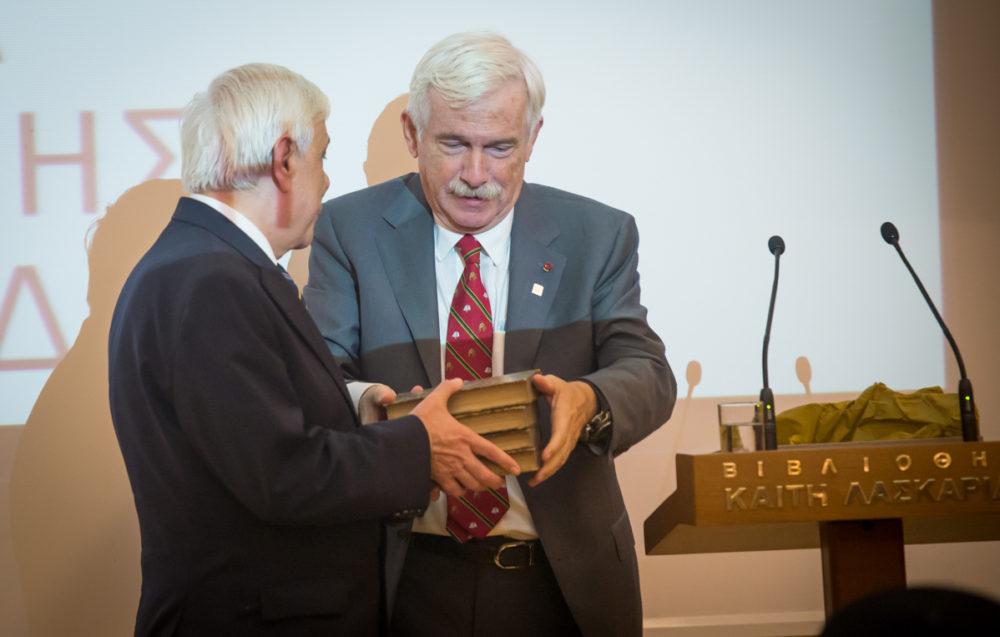 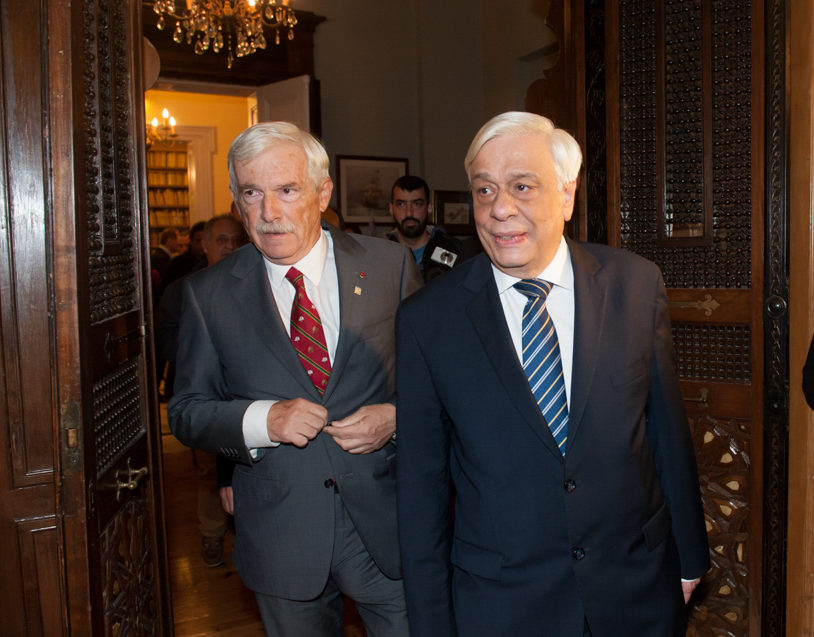 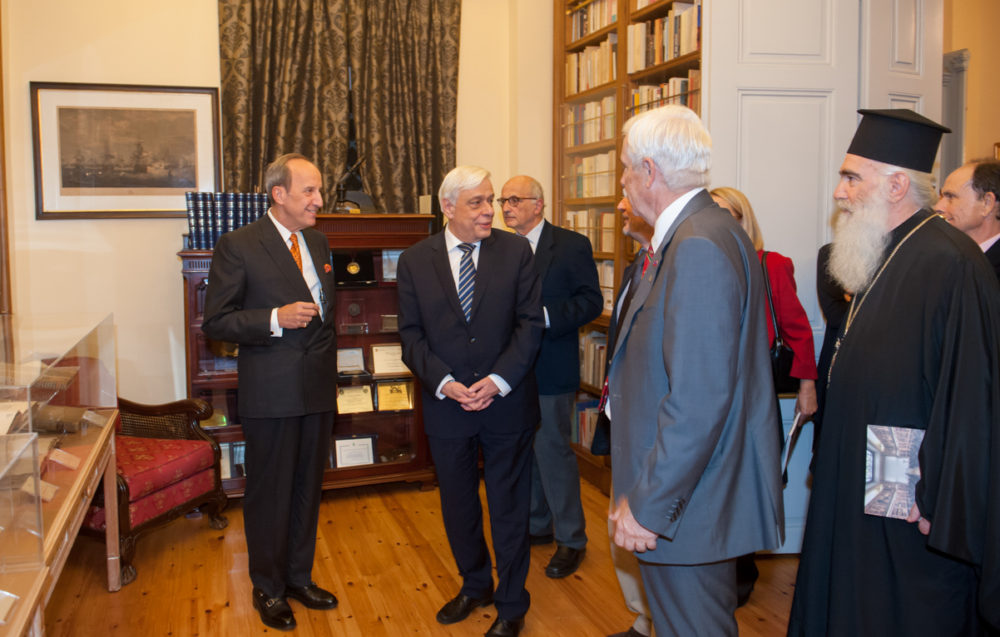 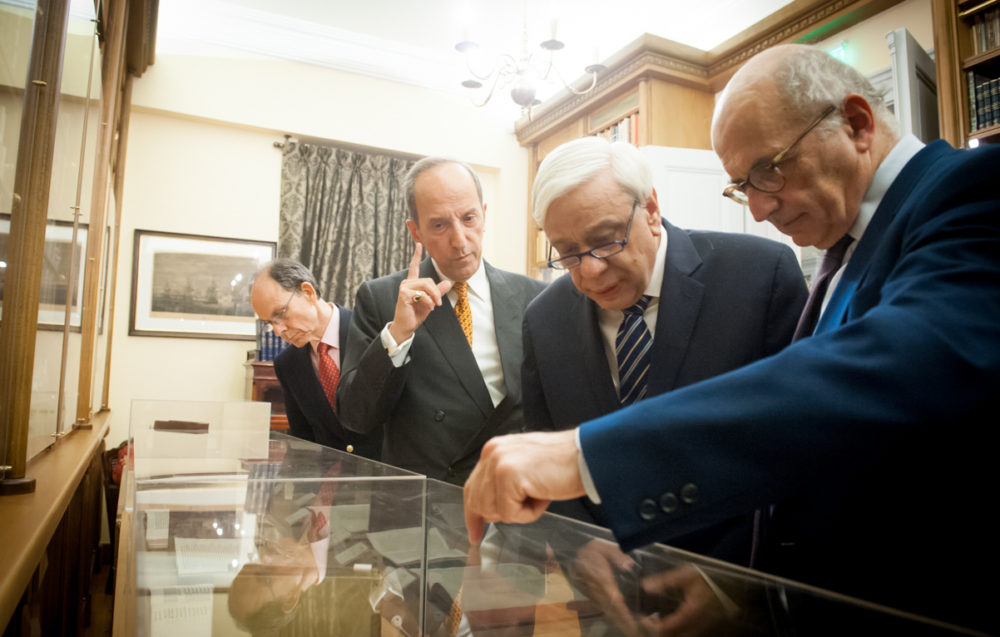 On Tuesday, November 24, 2015, in a landmark event for the “Aikaterini Laskaridis Foundation” the President of the Hellenic Republic Mr. Prokopis Pavlopoulos inaugurated the Foundation’s Historical Library. The Historical Library follows in chronological order and in various fields of science and knowledge, the achievements of Greek civilization, letters, science and the arts, from prehistory, classical and Hellenistic period, to the years of Byzantine culture, of Ottoman Domination and the Greek Revolution, coming to today.

In his speech, Mr. Pavlopoulos described the Historical Library as an “ark for Greek literature and thought” and praised all contemporary, world-renowned Greek scholars, who offered their libraries to the Foundation. Speeches were also given by Panos Laskaridis, president of the ” Aikaterini Laskaridis Foundation”, Athanassios Fokas, Professor at the University of Cambridge and member of the Academy of Athens, and Konstantinos Staikos, architect and book historian.

The event took place in the renovated neoclassical building on the corner of II Merarchias and Akti Moutsopoulou Street, which houses the largest part of the Historical Library. The collections keep their original structure, according to the interests of each collector. The Library is open to researchers, scientists, students and anyone interested.

For more information on the Historical Library, click here.

To see the video from the event, click here. (no english subtitles available)