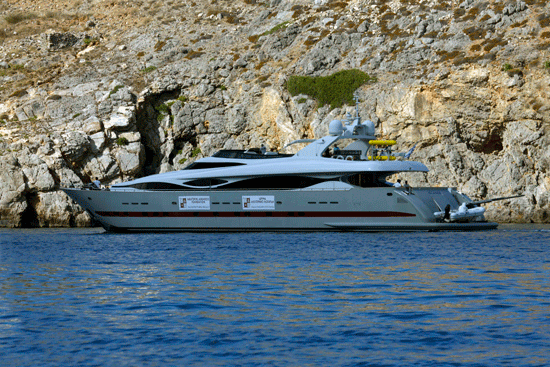 The first phase of underwater research project “Return to Antikythera was successfully completed in September 2014. This first survey was conducted by an international team of scientists under the direction of the Woods Hole Oceanographic Institution. Significant finding that were identified and recovered were presented at the Historical Library of the Foundation on December 10, 2014.

Having obtained a five-year permit for  underwater survey the wreck, the Project “Return to Antikythera” continues in 2015.

From Monday 15 to Friday 19 of June, Glaros is in Antikythera, carrying the Autonomous Underwater Vehicle Sirius and providing support to the team from the Woods Hole Oceanographic Institution, the Center for Applied Robotics (University of Sydney’s Australian Centre for Field Robotics – ACFR) and Greek divers-archaeologists of the Ephorate of Underwater Antiquities of the Ministry of Culture.

The objective of the team is to complete the fotomosaic precision mapping and extend it to fully cover the area of ​​the wreck. Then, by adding in this digital precision map sightings by other sensors (mainly metal detectors) a complete picture of the layout of the wreck will be obtained. Then,from September underwater excavation work will begin. To see how the company AUV SIRIUS operates, click here.

The whole project is supervised by the Ephorate of Underwater Antiquities of the Hellenic Ministry of Culture and Sport and is supported by the Aikaterini Laskaridiw Foundation. For information directly from the field, click here.

The Aikaterini Laskaridis Foundation, in close cooperation with scientist and researcher at Woods Hole Institution B. Foley, continues to support the program offering the family yacht of Panos Laskaridis, with the certainty that the project “Return to Antikythera “will bring rich discoveries that will greatly improve our knowledge of the wreck and its era. 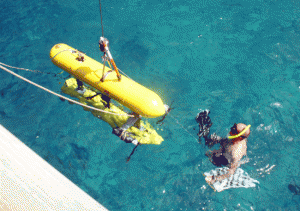 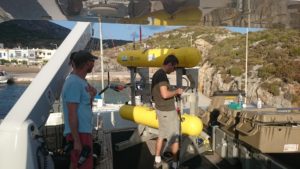