“Return to Antikythera” in September 2015 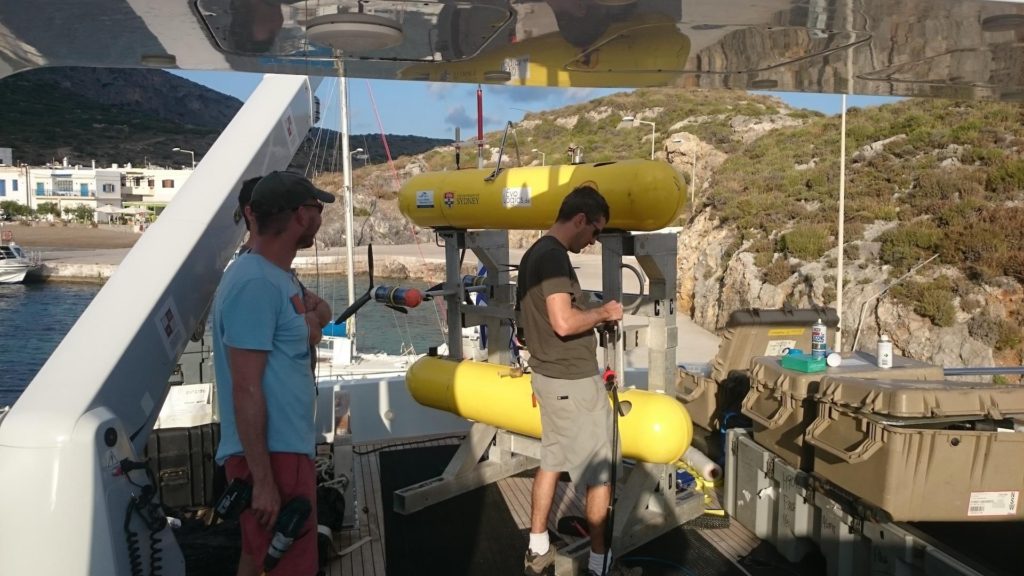 The initial phase of underwater research on the Antikythera shipwreck, entitled “Return to Antikythera” was successfully completed in September 2014. The research, conducted by an international team of scientists led by the Woods Hole Oceanographic Institute of MIT Massachusetts, identified and recovered significant findings that were presented in the building of the Historical Library of the Foundation in December 2014.

This year, in June, the team returned again and completed the precision photomosaic mapping that began last year, thus obtaining the full picture of the wreck.

In September of this year, underwater excavation work will start, by the teams of the Woods Hole Oceanographic Institution, the Center for Applied Robotics at the University of Sydney, Australia (University of Sydney’s Australian Centre for Field Robotics – ACFR) and Greek divers-archaeologists of the Ephorate of Underwater Antiquities of the Ministry Culture.

All underwater research is conducted under the supervision of the Ephorate of Underwater Antiquities of the Hellenic Ministry of Culture and Sport, with the support of the “Aikaterini Laskaridis Foundation” and other agencies. For information directly from the field of investigation at Antikythera, click here.

The “Aikaterini Laskaridis Foundation”, in close cooperation with the American scientist and researcher at Woods Hole Institution B. Foley, continues to support the program by offering Glaros, Panos Laskaridis’ family yacht, with the certainty that the project ” Return to Antikythera “will yield rich discoveries that will greatly improve our knowledge of the wreck and its time.