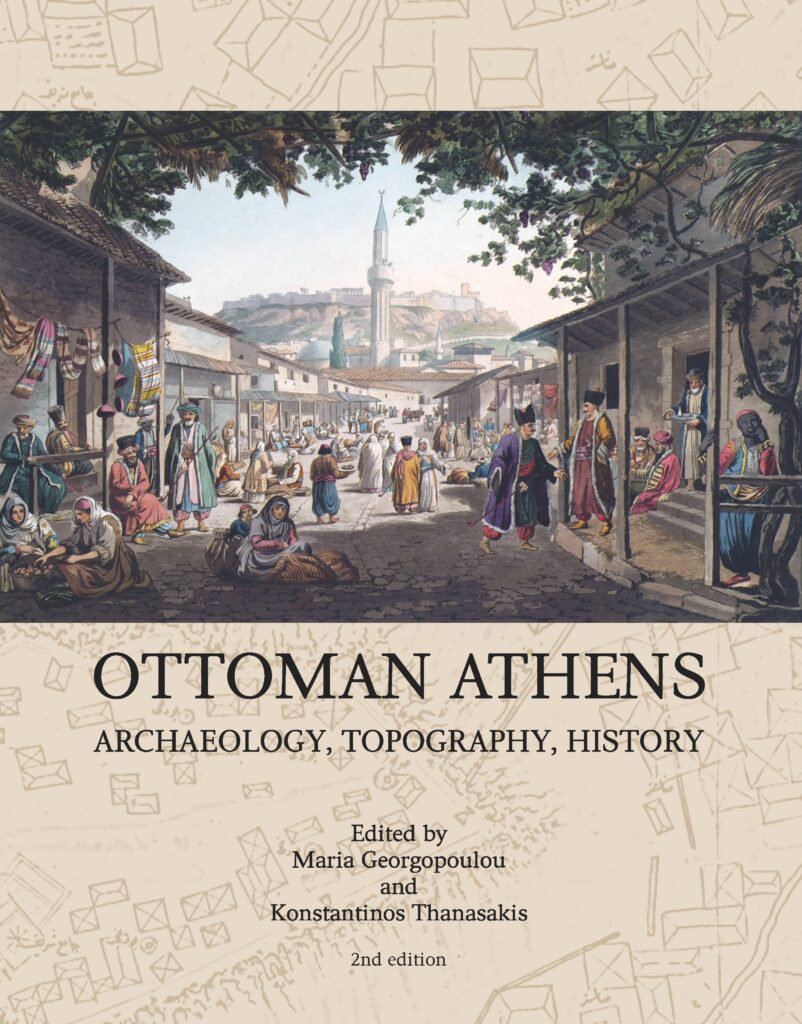 The second edition of the work “Ottoman Athens. Topography, Archaeology, History”, a result of the collaboration of the Aikaterini Laskaridis Foundation with the Gennadius Library of the American School of Classical Studies at Athens, which attracted a considerable amount of attention of the readers, is now available.

“Ottoman Athens” is the first and sole volume to set under investigation the Ottoman presence in Athens. Despite the attraction the city has received recently, no other publications has set forth to examine the ottoman past of Athens, and scrutinize the relevant sources. 12 scholarly articles, from antiquity, to architecture, cartography, daily life and and the Greek War of Independence, aim to shed light upon little studied material, retell the history of Ottoman Athens, but most importantly open up the dialogue between the city and its past.

George Tolias, “The Ruined City Restored: Athens and the Fabric of Greece in Renaissance Geography”

Tasos Tanoulas, “Reconsidering Documents about Athens under Ottoman Rule: The Vienna Anonymous and the Bassano Drawing”

Gulcin Tunalı, “An 18th-century Take on Ancient Greece: Mahmud Efendi and the Creation of the Tarih-i Medinetu’l-Hukema”

Dimitris N. Karidis , “The Neighborhood of Karykes and the Fountain of the Exechoron”

Yannis Kizis, “The Restoration of the Benizelos Mansion: The Sole Preserved Athenian Residence of the Ottoman Era”

Eleni I. Kanetaki, “Documenting the Ottoman Baths of Athens: A Study on Topography”