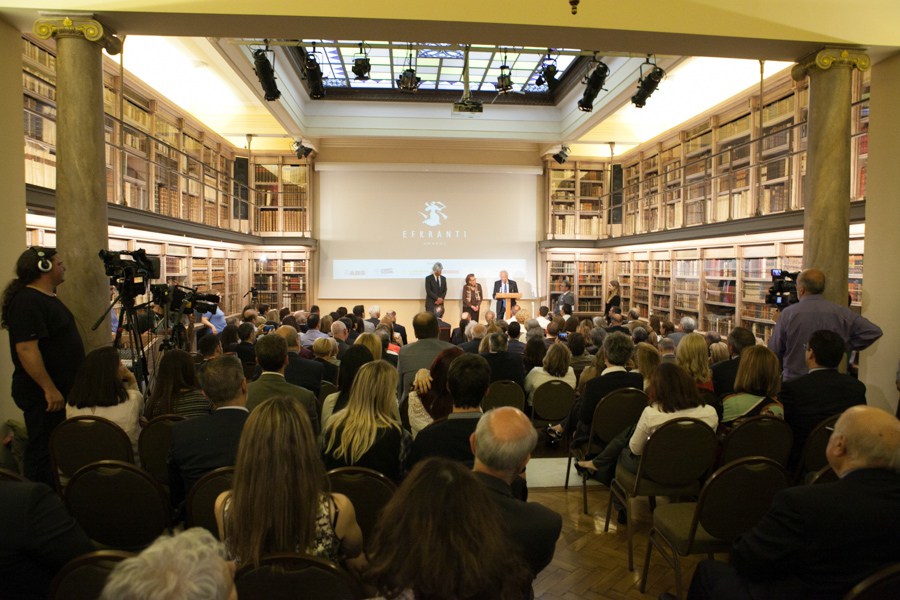 Τhe protagonists and friends of Greek shipping were gathered for one more year at the Historic Libray of the Foundation, in order to honor the winners of the awards, who as in previous years were selected by the awards committee.

The committee, composed by personalities of the shipping industry and academia, shipping journalists and laureates from previous years, selected eight individuals and organizations that excel in the broader field of shipping and stand as exemplary models of morals and values. On the occasion of the completion of 85 years of continuous circulation of the “Naftika Chronika”, a short film was shown.

A special prize was also established, in memory of the late Marilena Laskaridou, for personalities and institutions that promote excellence in the maritime culture and Greek maritime heritage and tradition. 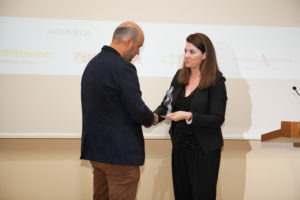 The prizes in detail:

The prize for the support of Greek shipping business was awarded to companies Mylaki Shipping Agency Ltd and Seaven Group for their multifaceted support to the overall entrepreneurship in Greece.

The prize for charity work by shipping personality or institution was awarded to the Greek Orthodox Charity Organization, a women’s organization of the Greek community in London, with a strong social contribution.

The prize for the international promotion of Greek shipping was awarded to three distinguished journalists, foreign media correspondents, Mr. David Glass, Mr. Nigel Lowry and Mrs. Gill Whitaker, for the their years of support to the extroversion of Greek shipping.

The Best Manager prize went to captain Dimitris Matheou of Arcadia Ship Management, for the overall success of the company.

The prize for support in maritime education was awarded to the Eugenidis Foundation for its contribution to Greek shipping letters.

The best strategic communication prize was awarded to the Group of Friends of the Liberty ships for the promotion of “Hellas Liberty” as a living part of the long Greek maritime history.

The award for overall contribution in shipping went to Nikolaos Vlassopoulos and Aliki Vlassopoulou, for their many years of experience and contribution, both in the maritime arena and in society in general.

The Marilena Laskaridis prize was awarded in an emotionally charged atmosphere to Mr. Tasos Ziaskas, a Primary School teacher, who chose to serve in the small island of Arki, honoring his office by teaching the only two children of the island.

Sponsors of the event: